The first national Christian Heritage Conference took place at The Well, in Retford, on Friday 11th March 2016. This marked the start of an annual event, aimed at attracting national and international delegates, with a wide range of interests and approaches.

Retford, with its central positioning within the UK, its rich heritage, with national and world impact, and its excellent transport links, made it a prime location to host the conference.

Among the key findings were that non-Christian tourists, as well as Christian visitors, want to visit Christian Heritage sites, and the accessibility of well-maintained clean toilets is critically important for successful tourist locations.

Twenty-seven delegates from around the UK engaged enthusiastically at the conference, which enabled the sharing of information between organisations with a common purpose, but a range of approaches, focuses and backgrounds. Feedback was very positive with delegates looking forward to working together and returning to next year’s conference in Retford. 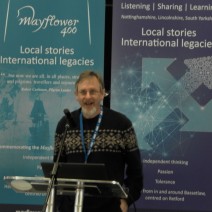 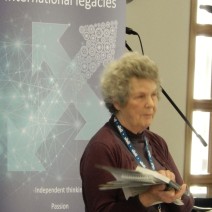 Adrian outlined the rich and varied Christian Heritage to be found within approximately 30 miles of Retford, including the leaders of the Mayflower Pilgrims and the Separatist movement, the founders of the Baptist, Congregational and Methodist Churches, the Salvation Army, and the first Quaker martyr.

Each delegate shared information about their organisation, with some fascinating insights:

Delegates agreed that there is a rapidly growing interest in Christian heritage, as quality tourism, with educational elements, delivered in an accessible and enjoyable way. The experience, however, has to be excellent, requiring high standards of training, organisation and motivation. 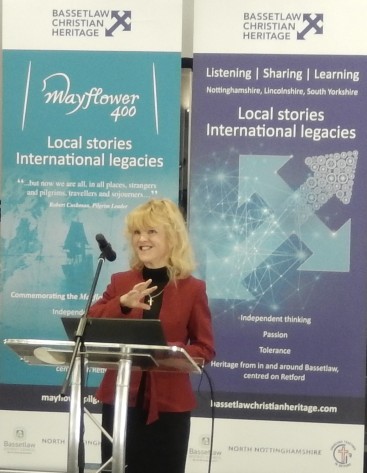 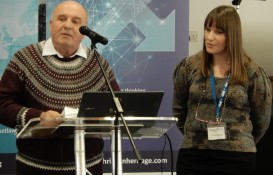 The area in and around Bassetlaw, North Nottinghamshire has a range of engaging stories, attractive to tourists across a number of cultural and religious traditions. Combination themed tours provide the potential for development into attractive packages and opportunities for tourist sites/areas to work together.

Although a number of organisations are named “Christian Heritage”, they are independent; they pursue individual objectives, and there is no link between them.